Do you know about the national sports card show? This is an annual event that has always been held annually since 1980 as one of the sporting memorabilia. It is also known as the National Sports Collectors Convention is particularly held in the USA every year is the largest show ever. Since its establishment in 1980, the show has always recorded a good number of participants except the year 1999 when the event was held in Atlanta GA which was only attended by around 25000 participants. The event was held at Georgia World Congress Centre. As a matter of fact, the first show was held in Los Angeles, CA region. The event took place in Los Angeles Airport Marriott Hotel. The second event was held in 1981 at a place known as Plymouth Hilton in a region called Detroit MI. The event was held between 1982 and 1990 at the following respective regions and locations. These locations include the following regions; St Louis ,MO, Chicago, IL, Parsippany, NJ, Anaheim, CA, Dallas Forth-worth, TX, San Francisco, CA, Atlantic City, New Jersey and Chicago, IL respectively. Between these years, it is only Dallas Forth-worth and Chicago that had held the event twice but Chicago hosted the event at two different venues which are Holiday Inn O’Hare Airport (1983) and Hyatt Regency Hotel (1989).It is only Dallas that was the first region to hold the event twice in the same venue in 1986 and 1990. 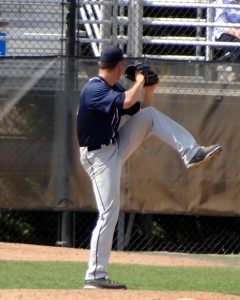 In 1991 Anaheim region held the event again at Arlington Convention Centre and managed to hit a target of over 100000 participants thus setting the NSCC record at that time. Between 1992 and 2000, the event was held in Atlanta GA, Chicago IL, Houston TX, St Louis MO, Anaheim CA, Cleveland OH, Chicago IL, Atlanta GA, and Anaheim, CA respectively. However, Atlanta, GA recorded the lowest attendance of only 25000 participants marking the lowest record in the NSCC history at that time in 1999.

This year`s event was held in August and the 37th event is scheduled to be held Atlantic City at NJ convention Centre. Few booths are still available so far. The event is also planned to take place in 2017, 2018 and 2019 even though the 2020 event has not yet been announced but plans are under way to announce the venue and region for the 2020 event. It is an exclusive event take has been taking place ever since it started in 1983.